This forum is for discussing current and upcoming LCBO, Beer Store and Grocery Store releases and policies.

I hope this isn't as far as the gov't goes in 'liberalizing' beer.
Top

It's a start though.
TaxFreeBeerTastesBetter
Top

I wonder if Kathleen Wynne has one of these in her office to check the credentials of whom ever she is giving beer sales to... 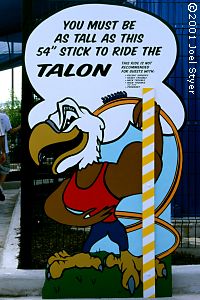 "You must own a company this big to safely retail beer in Ontario."
groulxsome
Top

Hopefully once it's shown that further private sales hasn't resulted in the world ending, perhaps a future government will open things up further.

Regardless the LCBO is still in the picture for bringing beer into this province. That either needs to dropped or changed drastically before smaller shops can realistically become reality.
lister
Top

on the surface (as journalists without business education or knowledge are writing what civel servants tell them) there isnt that much profit incentive promised to the supermarkets. This may lead them to have a small display as a novelty, or loss leader.
Top

lister wrote:Hopefully once it's shown that further private sales hasn't resulted in the world ending, perhaps a future government will open things up further.

Regardless the LCBO is still in the picture for bringing beer into this province. That either needs to dropped or changed drastically before smaller shops can realistically become reality.

This obviously isn't what we all want to see, but I agree that it is a start.

My thoughts on this are that it won't make a huge difference to beer geeks. I can't see regular chains like Loblaws and Metro carrying much in the way of high end craft. But hopefully places like Whole Foods will emulate their counterparts south of the border and become a premier craft beer destination.

Hopefully the proposed law that will allow breweries to sell bottles from other breweries in their retail stores will also go through.
Top

lister wrote:Regardless the LCBO is still in the picture for bringing beer into this province. That either needs to dropped or changed drastically before smaller shops can realistically become reality.

Look at Volo - if that were a shop in a traditional sense it would be a damn good one (at least if you took what they've had over the past few years and put it all together).

The agents in this province are clamouring to get more brands into Ontario, with nowhere for them to sell. The LCBO will import anything if instructed, but it's a matter of if the end supplier wants to play ball. But that's the case with any industry.

I do believe that if miraculously overnight private retail stores were allowed then the LCBO would have no ability to keep up with new demand. But as a straight facilitator they can work - look no further than all the brands that we get in presently.

There are literally hundreds 100s of brands per year that are willing to be in Ontario but we never see due to the limited store shelves at the LCBO. But that's not due to the LCBO not being able to import.

If private retail were allowed and the LCBO could keep up with paperwork, I think we'd see a dramatic improvement.
Top

This is honestly better than I expected. Why would anyone go to a TBS if your local grocer has beer?

I hope they allow grocery stores to sell 24s too.
Top

it may also put the Stone and Sierra Nevada move into Ontario into perspective.
they already have relationships with Whole Foods. so perhaps we'll get some big "micros" into Whole Foods.
Loblaws won't give 3 shits about quality of beer. they'll get payola from the big national brands. they'll carry their own discount PC brand (and display it prominently) and possibly carry a few faux micros.
Top

Two big disappointments (I realize much of this is all just speculation still):

1. No price competition. "Why would you go to a TBS if your local grocer has beer" can just as easily be flipped to "why would I head out to Costco for beer when I have to go to TBS anyway to return bottles". Of course, as a hardcore beer geek I would probably buy from neither.

2. No decision on whether to allow "foreign" beer.

But I agree, at least it's a start and maybe the next step will be high end private beer/wine shops who can focus on the craft and import markets, at least in larger urban centres.

Danger will be if LCBO cuts back on its support for Ontario craft, reasoning that it can now be purchased in grocery stores.
Top

But it's a long way from "good". No small brewery will be able to compete in a grocery store; they stand a better chance at TBS. But if this is a baby-step, then I await the next one for judgement.
Top

So the convenience stores have been lobbying for this for decades but when it finally happens they are excluded in favour of the big grocery chains.
Top

Philip1 wrote:So the convenience stores have been lobbying for this for decades but when it finally happens they are excluded in favour of the big grocery chains.

the Weston family's worth $9 billion.

someone should dig up how much they've donated to the Ontario Liberals or, in the very least, how many chairs they had at last week's fundraiser.

The convenience story lobby pales in comparison to a billionaire.
Top

^^ Exactly. Just moving the sales from one major donor to another.
Top
Post Reply
284 posts

Users browsing this forum: No registered users and 2 guests