I had a sample of Black Roses at Hafis and thought it was pretty good. Lots of date flavour, also I got lots of licorice from the malt. Not much from the nuts, but it was a small sample and not proper temperature. I grabbed a couple bottles and I'm looking forward to getting to know it better.
https://beerstodiscover.wordpress.com/
Top

"This is a Bohemian-style lager that Anheuser-Busch stole from the Czechs. We're stealing it back!"
In Beerum Veritas
Top

Provost Drunk wrote:Anyone know if they've been brewing Hellwoods and plan on releasing any time soon?

They sent out a newsletter earlier today. Hellwoods should be out Sat. Feb. 17th. It will feature a new label.
Top

I finally get to try Bellwoods today. My thoughtful wife used her whole lunch hour to drive from bramalea to Hafis rd to get these for my birthday. Can’t wait! 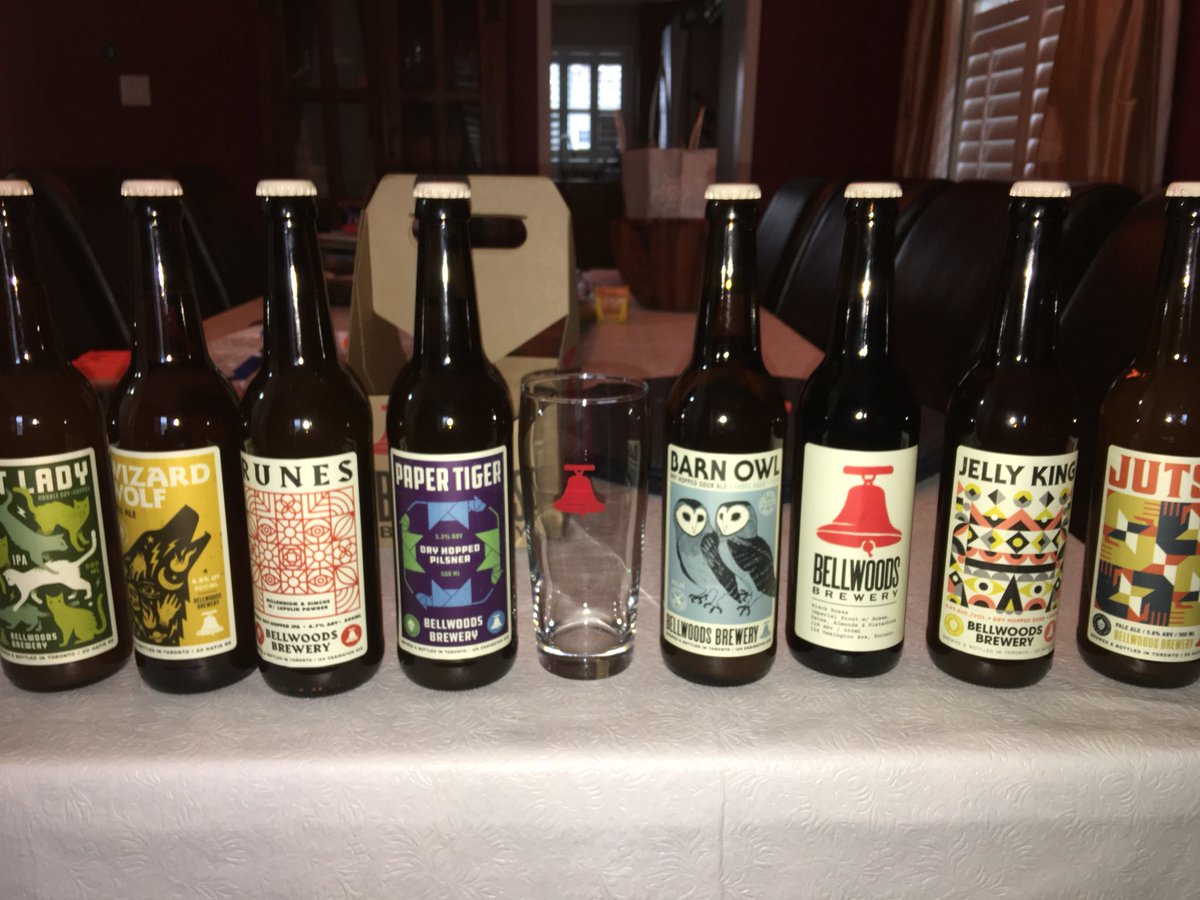 The latest newsletter featured a survey, asking if we'd be interested in having their beer available for delivery. If you have a strong opinion on this, let 'em know!

The latest batches of fruited Jelly King have been awesome. I always enjoyed the variants, but IMHO none were ever better that the original JK.

However, I think Raspberry and Boysenberry Plum are standouts. Very fruity but the trade-marked Five-Alive JK character comes though nicely.

I wasn't much of a fan of the boysenberry/plum one, but to each his own. I'm honestly not sure if I've preferred any of the variants over the OG Jelly. Got a couple bottles of each of the jelly kiss/jelly master but havnt touched either yet.....looking forward to it.
Top

I definely thought the boyseberry plum one was excellent too, but can't keep track anymore of which are my favourites lol. Bellwoods rarely takes a misstep.

Stopped by today and grabbed some of the Mango Apricot JK, the experimental Norwegian Pale Ale, and the first of the new Wizard Wolf variants. I hope they will be keeping the regular Wizard Wolf around.
Top

Had a bottle of the Jelly master last night. Super tasty stuff, the JK base and the IPA characteristics playing off each other differently in each sip. Lots of underripe nectarine and apricot flavour and dangerously drinkable.
TBH I actually think Fairweather's Golden Hour tasted slightly better, Jelly Master blows it out of the water with the mouthfeel/drinkability and overall enjoyment of the beer.
Top

Has bellwoods sold any cans recently? Was that a one time thing?
Top

Jelly Master is fantastic. I wish I had bought more. I can’t wait for what I hope will be another similar collaboration at Witchstock.

Does anyone know if the next Mog is supposed to be released this Coming Saturday? I thought the Blueberry was terrific.

Nope, only at Witchstock last year and a couple times shortly afterward. Think it was just Witchshark, Jutsu and Cutting Bells...?
Top

Nope, only at Witchstock last year and a couple times shortly afterward. Think it was just Witchshark, Jutsu and Cutting Bells...?

They did a run of Roman Candle cans too. All the cans were great and wish they'd do all their core pale ales in cans. Or just everything in cans. I much prefer cans. Lighter, easier to store beer fridge-wise, etc.

I asked the people working at Hafis last year around when they released the Roman Candle cans if there were plans to continue on with it, and they said it was basically an experiment with no set plans. We're approaching a year since, now.
Top
Post Reply
846 posts