So here is a wine from Italy's Northeast, and wow - quite interesting and good character wine that is still agreeable in the summer heat. Deep red berry and spice, dry and tiny hint minty-bitter herbs but also this very nice seam of black-fruity tart acidity like red Morello cherries.

Almost hard to describe. It's kind of playful the way some Spanish reds are but different than a Tempranillo-based wine. The acidity whets the palate.

The grape is Refosco dal Peduncolo, and this is a pure varietal red. You could have fun around the Friuli-Veneto region, the people there seem cool! Verona, Padua, Venice...

White from Galicia in NW Spain, good structure, flavor and weight to it. A bit minerally and steely with some acidity and pear, tropicals. Florals and herbaceous florals.

Some brioche-like notes on finish from the lees ageing. Subdued aromas, but that is typical of Godello grape. Really like this one.

This varietal red features Carignan grape from Northeast Spain between Madrid and Pamplona. Youthful but has some depth - spicy, deep red berry and cherry and tinged with herbs and subtle meaty-savory elements. It could use aeration (and maybe 1-2 years) to blossom & to dry up some of that generous richness.

Echoes of strawberry jam, fresh blackberry/cherry and salty hints of leather. Mineral and vanilla. Fat, full body for a fun wine. I'd grab two next time! A fellow working at Wellesley & Yonge recommended this affordable charmer.

... emphaisis on structure with good layers of dark sweet-tart cassis and blackberry and good acidity and dryness. Enjoyable dark floral underplays and toasty oak nuances and licorice. Not far off from a Bordeaux in general style. Quite a nice little beast.

My last bottle of this, drinking a bit like a well-matured Bordeaux.

Here is another Madiran called Bouscassé in a similar blend, a 2012 from Brumont, Also decently aged for the moderate price! (If it shows up.) The dusty tannins and firm structure sound good to me.
In Beerum Veritas
Top

Valpolicella is a wine region within Verona, in the Veneto, Northeast Italy, and Amarone is a particular wine style made using partly dried wine grapes for added intensity and character. The appassimento technique involves some funky natural chemistry, and also considerable labour and risk. Style-wise this particular wine is supposedly a less extreme and more balanced example of Amarone.

This Cadis Amarone initially opens full but fairly leafy dry with leathery, earthy and herbal tones. Under this is cassis and berry and dried berry and cherry fruit. Has a lot of character and a little peppery bite to it. Grapes are 70% Corvina, 25% Rondinella, 5% Molinara. The peppery element and some nice rich balsamic notes appear in the aroma.

DAY TWO - now that the bottle has got some air, the concentrated, long notes of wild strawberry really come through on the flavors & aromas. Even some chocolate. Also it's a tad smoother and less peppery, harmonious. Really lovely stuff, should probably be served decanted a while and then lightly cooled. Now I totally get why this Amarone stuff is kind of a big deal.

From just about the opposite end of Italy comes this Sicilian red, showing plum, leather & herbs/licorice, berries and cherry and dry tea-like tannins. Tart acids. Tense aromas include black currant, pencil shavings. Nero D'Avola blended with some other grapes like Cab Sauv and Merlot.

Not meant to be super serious but an everyday wine some real character to it, and rare to find Sicilian wines at the Vintages. FYI this Donnafugata is under $10 bucks in the US.

Day 2 this is a bit more knit together, so maybe let this wine breathe some hours before drinking.

Variously 85% Merlot and 15% Cabernet Sauvignon OR 85% Merlot, 10% Cabernet Sauvignon, 5% Cabernet Franc. Right Bank style, but different. Opens very finished, with some nice blackcurrant and blackberry compote and gently sauna-like stone and cedar. I love this, and the balance of fruit and dryness, the medium-full body. No oak ageing needed, has a nice flavor profile and will age 2-3 years as well as be perfectly suitable for this week's dinner (you could also aerate this for an hour to tame the tannins.)

The Castillon district is at the very eastern edge of Bordeaux, and this one has the heartiness that reminds me of some Bergerac wines from a bit further east (one of these had a far more pronounced cedar/stone note that took a few glasses to get used to, then I loved it.)

Not expensive for the quality.

Cabernet Franc is the gentler little sibling of muscular Cabernet Sauvignon, and here it is blended 40% with the beefy, dense and dry 60% Tannat. This makes it come across as more Bordeaux-like. Black cassis / blackberry fruit, and the firm tannins of Tannat are maturing.

Wines like this Port push the Brix meter in sweetness but have a fullness and complexity along with the rich sweetness. It's more of everything! Still a ruby color, this Tawny would age longer. Winey grape and raisiny fruit, hints of umami, leather and earth, spice and candy citrus peel. Barrel oak. Caramel and walnut. Extremely deep, rounded and refined with fine tannins that echo the slight walnut bittneness. I saved 8 or so bucks on this on sale. 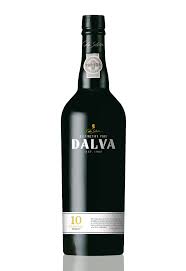 Another bottle of this intensely rich, refined Tawny. A small pour went into the beef stew, after starting with a good amount of dry red wine reduced down in volume. Tannic French red wines do get a little bitter reduced! The Dalva's sweetness cuts the Red wine bitterness in a complimentary way.

Complexity from any decent, moderately-rich port or sherry will also make the food smell incredible. Doesn't take very much. I could also add some prunes or dates next time! Maybe I'll use an inexpensive Beaujolais, simmer it down to 1/3 volume and add a few prunes and a teaspoon of cider vinegar. The goal is to braise the stew chunks in as little liquid as possible, and to intensify the liquid for color and flavor. I will also cook the shallots and onion super slow in preparation. Caramelization creates sweetness.

But this blade roast stew-braise turned out as succulent & melty as could be hoped.
In Beerum Veritas
Top

Touch of spice/cola and hint cedar. Super smooth, tons of refinement, slightly buttery toasty oak. In more recent years H-B wines are intentionally not over-oaked, which besides sparing expensive French oak barrels shows the delicacy of the fruit. Class act. if not an overwhelmingly complex vintage.

The 17.94 hectare vineyards of Haut Brisson is planted to 65% Merlot, 25% Cabernet Franc and 10% Cabernet Sauvignon. The terroir is gravel and sand soils. The vines are close to 30 years of age.

Day two - the wine is holding up decently, berry and cassis and smooth tannins.

I've got a few 2015 Haut Brissons sleeping away in the cellar. Is the 16 ready to drink now, or could it use a little sleep?
Top

Craig wrote:I've got a few 2015 Haut Brissons sleeping away in the cellar. Is the 16 ready to drink now, or could it use a little sleep?

Either hold or drink, I'd guess - nothing I've read mandated ageing. Your 2015 may be a different story?
In Beerum Veritas
Top

So here we are, back in Italy's northeast region of Veneto, this time a white wine. Very good white for $15, has some vibrant acidity, mineral and fruit, and a slightly sticky palate that goes with the slightly viscous texture in the glass. But very drinkable, with ripe pale peach and tropical fruit and a small zing of citrus. Solid and full yet lifted.