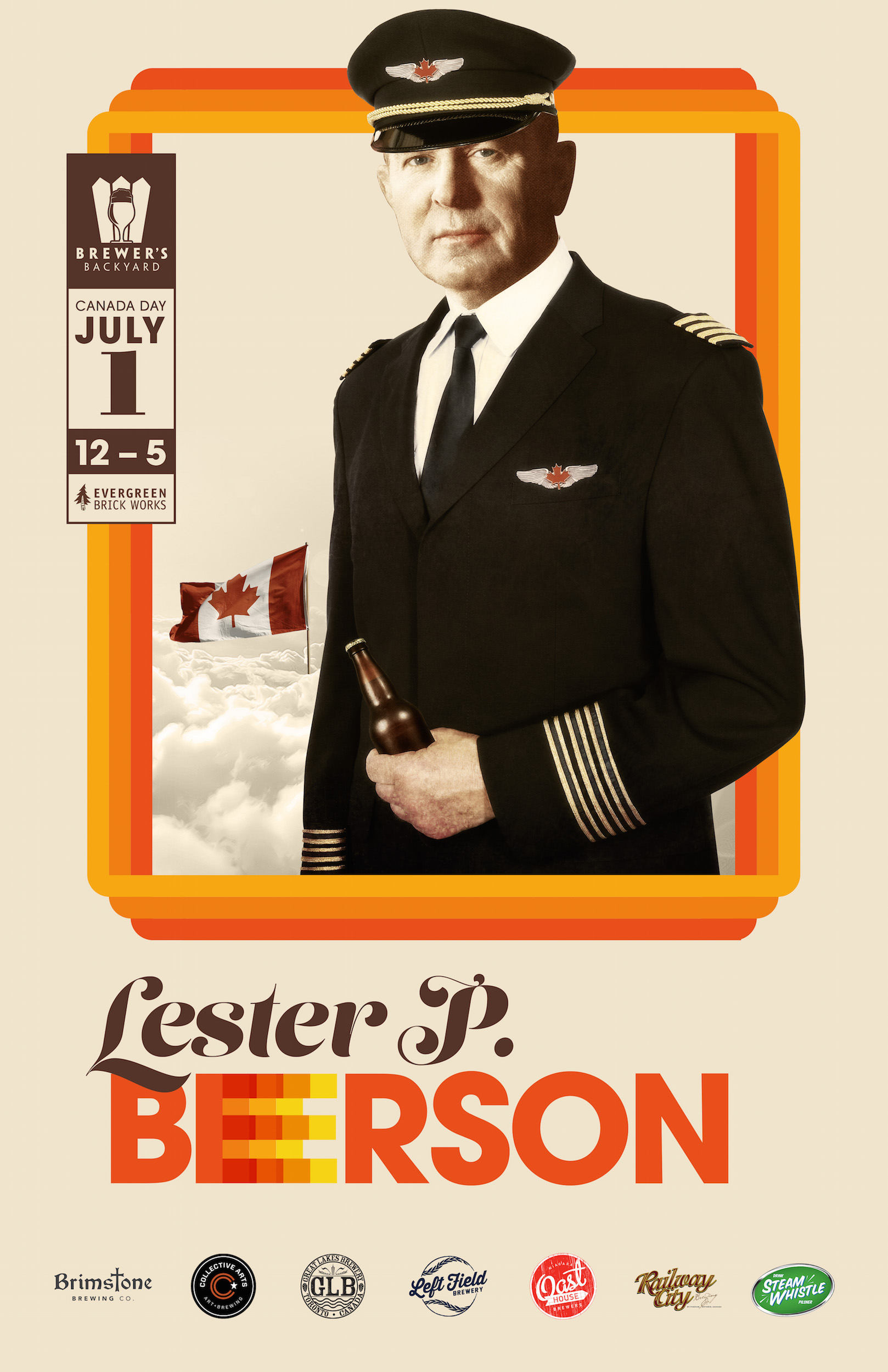 We’ll also have a special beery treat, as we did an exclusive collaboration brew with Great Lakes – a raspberry ale brewed with cascade hops and wild yeast cultivated from an apple orchard in the Niagara Escarpment. It should be a delicious beer for Canada Day and it will be available in limited quantities only at the event.

Lester P. Beerson Day occurs on Canada Day, which this year falls on Wednesday, July 1st from 12pm-5pm at the Koerner Gardens and Holcim Gallery areas of the Evergreen Brick Works. As always, our events are free admission, are all-ages and family-friendly. There are limited quantities of beer and food so be sure to arrive early to get the best selection. We hope to see you there! 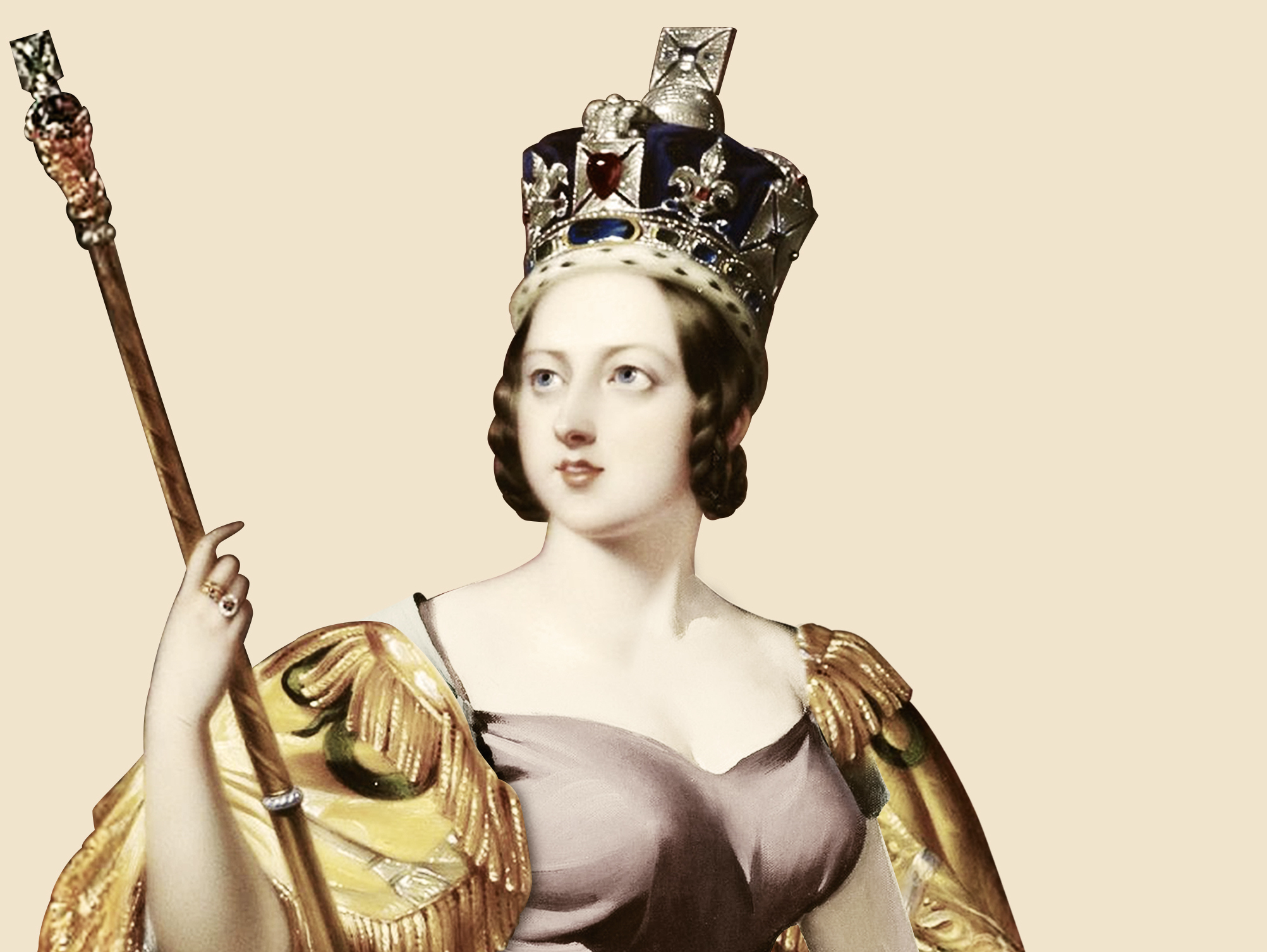 Join us at Queen Victoria’s Secret on Holiday Monday

May 17th, 2015 Posted by Cass Enright Beer Events, Feature No Comment yet

The Brewer’s Backyard returns tomorrow with Queen Victoria’s Secret, our annual event on the Victoria Day holiday. As is tradition we don’t reveal the specific beer and food lineup until the event begins, but on offer will be tasty beer and cider from Sawdust City, West Avenue, Side Launch, Publican House, Silversmith and Muddy York, and food from Tilde Taco and Bunz.

One beer that we are excited to reveal is the follow-up to Balmoral’s Outrage, the collaboration brew we did last year with Sawdust City. This year’s edition, Balmoral’s Revenge, is a wine barrel-aged rye saison with angelic root, juniper berries, orange peel, lemon peel and coriander seed. It will be available in limited quantities tomorrow and you won’t want to miss this!

The Brewer’s Backyard runs from 12pm until 5pm in the Koerner Gardens and Holcim Gallery areas of the Evergreen Brick Works. The event is free admission, family-friendly and all ages. Tokens for beer and food can be purchased at the event.  We go rain or shine, and we’ll have a large tent over Koerner Gardens so we’ll be nicely covered. We hope to see you there! 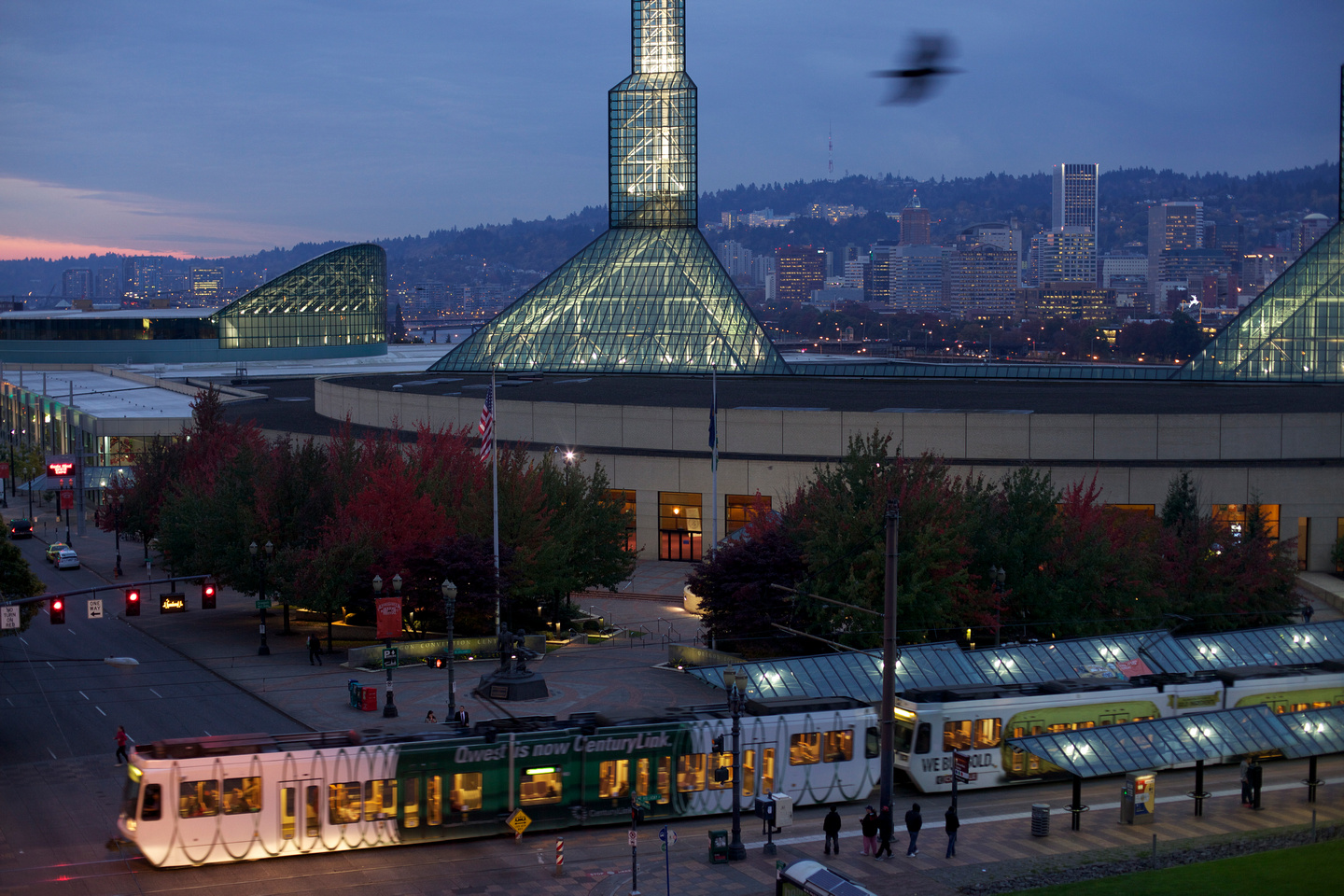 Our Seminar Picks at the 2015 Craft Brewers Conference

April 10th, 2015 Posted by Cass Enright Beer Events, On The Road Reports No Comment yet

The Bar Towel is proud to once again present our annual preview of the Craft Brewers Conference and BrewExpo America (CBC), taking place from April 14th to 17th, 2015 in at the Oregon Convention Center in Portland, Oregon. Part One of the preview covered our highlights of breweries, bars and other sights of the city, and Part Two covers our picks for the conference seminars.

The Craft Brewers Conference in Portland is only days away, and now’s the time to begin planning to get the most out of your experience. As the largest conference of its kind in the U.S., the CBC can almost be overwhelming nowadays, with non-stop panels, seminars, demonstrations, hospitality events, meetings and vendor showcases. Oh, and the thousands of beer industry folks from all over the world descending on the Oregon Convention Center for three days of camaraderie, connecting and, of course, drinking.

The core schedule format of the CBC is consistent from recent years past, with sponsored demonstrations and hosted seminars occurring throughout the day, and the BrewExpo America trade show running simultaneously, along with various other group meetings, hospitality suites and official nightly events taking place. (See Part One of our preview for a rundown of a number of events happening around Portland, not officially affiliated with the conference itself.)

The big news this year is the addition of an extra half day of BrewExpo America.  (Previously only running on the Wednesday and Thursday, BrewExpo America now runs from 9am-5pm on Wednesday and Thursday, and 8:30am-12pm on Friday.)  This trade show attracts 600 vendors and is a brewery owners’ dream, as suppliers offering everything from basic needs such as equipment and ingredients to neon signs and specialty merchandise are all here. And with over a dozen beer stations throughout the show, it’s easy to stay liquified as you wander up and down the aisles. And speaking of beer, keep your eyes open for the six Symposium Beers produced by Oregon brewers for the CBC.

END_OF_DOCUMENT_TOKEN_TO_BE_REPLACED 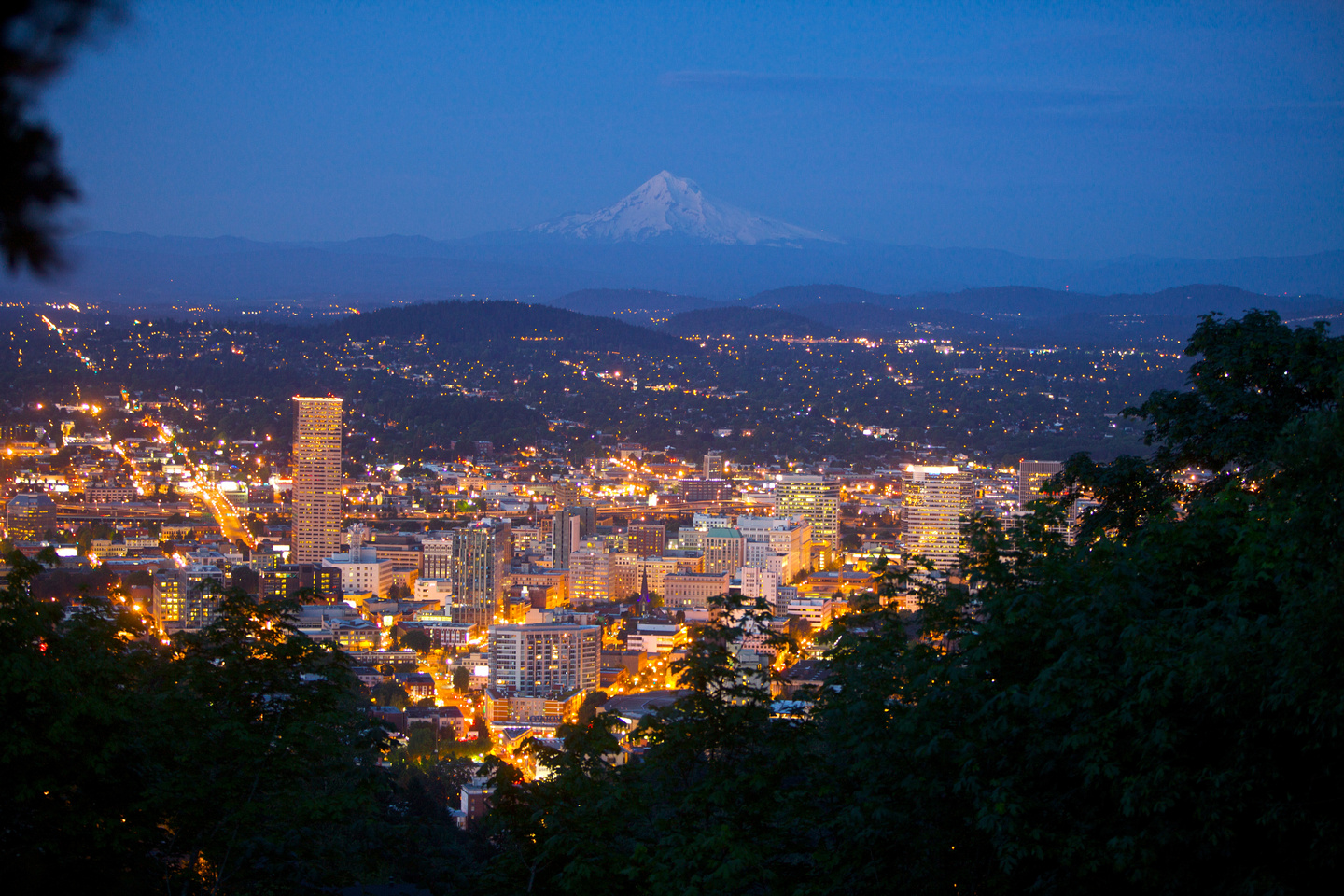 April 6th, 2015 Posted by Cass Enright Beer Events, On The Road Reports No Comment yet

The Bar Towel is proud to once again present our annual preview of the Craft Brewers Conference and BrewExpo America (CBC), taking place from April 14th to 17th, 2015 in at the Oregon Convention Center in Portland, Oregon. Part One of the preview covers our highlights of breweries, bars and other sights of the city, and Part Two covers our picks for the conference seminars.

Portland is a city that you want your city to be like. It’s a city where you envy the things that they do and wish it happened where you live. In Toronto, where food trucks and carts have a persistent struggle for their very existence, Portland has literally hundreds of food carts thriving throughout its neighbourhoods. In a time where everything in life is getting more expensive, Portland has no sales tax. And in cities across North America where small brewing is booming, Portland has been on that for years, with over 50 breweries within the city limits, more than anywhere else in the world.

Welcome to The Bar Towel’s annual Craft Brewers Conference (CBC) preview, this year taking place in Portland, Oregon. Since the Brewers Association (organizer of the CBC) announced Portland as the location of the 2015 conference, the dates have been circled in bright red on the calendars of those across the brewing industry.  Portland is truly a paradise for fans of small brewing and one of the top destinations for beer in the United States.

As with every CBC, the conference is just as much a way to explore the destination city as it is to take in the conference programming, and we wholeheartedly recommend doing both.  Portland is a walkable, discovery friendly city and you’ll enjoy your CBC experience even more by taking some time to check it out. (See our past previews of Denver, Washington DC, San Diego and San Francisco if you’re interested.)

“Local” and “craft” aren’t clichés in Portland, they are part of its DNA. Portland is a city of local food, coffee, beer – just about everything that you’d want to put in your body Portland takes immense pride in. In this Part One of our CBC preview, we’ll outline some of the beer and brewing spots that you might want to check out while in Portland, and Part Two will cover our seminar picks for the conference itself.

END_OF_DOCUMENT_TOKEN_TO_BE_REPLACED 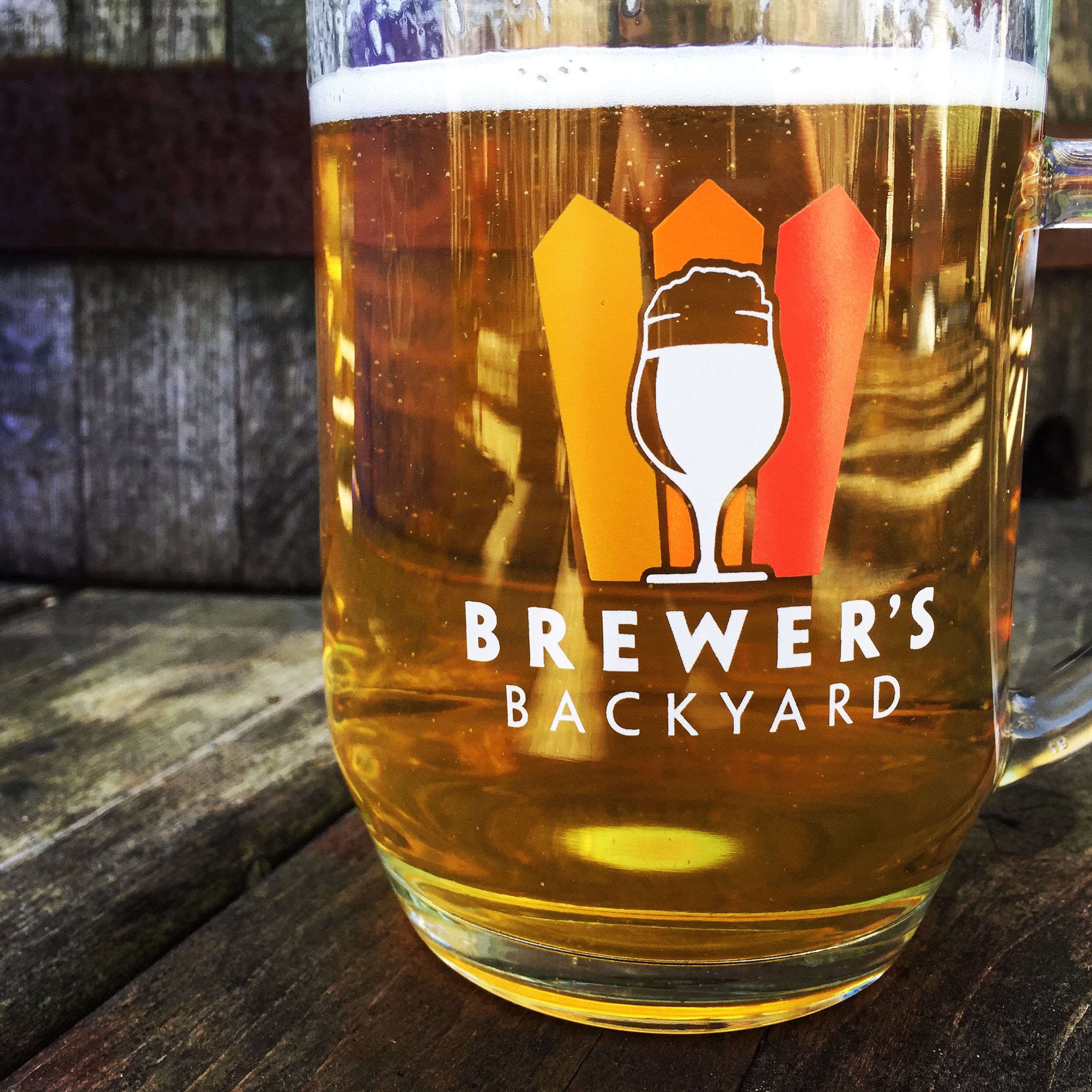 Join us at the Brewer’s Backyard on Great Friday!

Great Friday was named one of Toronto’s top 10 beer events for spring 2015 by BlogTO and featured in Indie88‘s guide to spring in Toronto, so it’s not something you should miss!  We’ll also have a limited number of our new 2015 commemorative branded beer mug for sale (pictured here).

The Brewer’s Backyard runs from 12-5pm at the Evergreen Brick Works (550 Bayview Avenue), in the Koerner Gardens and Young Welcome Centre areas.  Admission is free, and the event is all ages and family friendly. We hope to see you then!

Next week marks the official launch of famed California brewery Stone into the Ontario market, with a pair of beers arriving on draught: Stone IPA and Arrogant Bastard Ale. Not only are these beers a great addition to the Ontario beer scene, but they continue a recent new strategy with a few U.S. breweries, namely to debut via draught versus bottles.

The draught importation business in Ontario is a web of stickiness, as the LCBO has granted and maintained distribution rights exclusively to three private companies (Premier Brands, Premium Beer & Diageo), all of whom are importers themselves. The Beer Store, by nature of their overarching beer presence in Ontario, also has rights to distribute draught. So that means that any draught beer not made in Ontario must pass through the hands of one of these entities. This makes importing draught beers very complex, challenging and costly – and is a major reason that many of your favourite beers you find on draught elsewhere are not available here.

However, importers and brewers are persevering. As evidenced by the debut of Stone, along with the recent debuts of Sierra Nevada, Atwater and Redhook, these brands are hitting the street first by way of draught, as opposed to a seasonal release at the LCBO, which has usually been the case for the past few years.

Let’s hope this strategy pays off, as it means better beers for Ontario consumers, and hopefully more awareness of how the draught importation game is played in this province. (Side note: we’ll have more to say about the draught game in the future, but for now let’s enjoy some tasty Stone.)

Stone is launching with multiple events across Ontario – see below for details.  More information and times can be found on Stone’s Ontario event page.

Join us at the Brewer’s Backyard today! 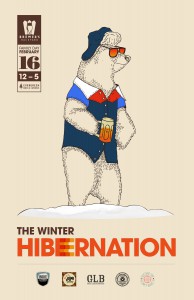 Join us as the 2015 season of the Brewer’s Backyard kicks off today with our cold-weather event, the Winter Hibeernation.  Today’s breweries include Great Lakes, Beau’s All-Natural and Indie Alehouse, alongside food by Urban Carnivore and Sugar Pie Honey Bunch.  There’s going to be around 15 beers available, including the lineup of Beau’s FeBREWary releases, Great Lakes’ Pompous Ass and Long Dong Pilsner, and Indie’s Rye So Sour, amongst others.  It will definitely be a delicious way to spend this chilly Family Day!

The Brewer’s Backyard runs indoors from 12-5pm in the Young Welcome Centre area of the Brick Works.  The event is all-ages and family friendly, is free admission and no tickets are required.  We hope to see you there! 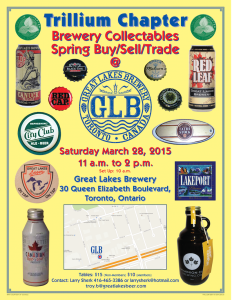 Have any interesting old brewery items? Bring them out on the 28th for collectors to see and possibly buy/trade with you.

Great Lakes will also have an in-depth display of their history, including bottles, tap handles, posters, glassware, packaging, etc

Jordan St. John, author of “The Lost Breweries of Toronto”, will be on-site selling and signing copies of his fascinating look at Toronto’s rich & storied brewing past. 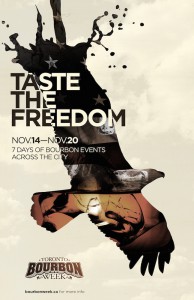 This years’ Bourbon Weeks feature 20 events across Toronto and Ottawa, each at a different venue and each having its own unique theme, including a number pairing bourbon with bourbon barrel-aged beers.  The events in Toronto include:

The events are a mix of ticketed and general admission, so check the specific event listing for more details.  We hope to see you out this year at Toronto & Ottawa Bourbon Week!