This is a St-Emillion Style blend of mostly Merlot and not far from that AOC geographically. Has the nice plum skin texture and some mineral elements. blueberry, blackberry and black currant, woodsy earth, vanilla, spice and tannins. Kind of juicy and approachable. Not super-exciting to me for $36 but that's partly down to me, I'd prefer with more firm structure and character and less easy-going.

This is good stuff. The scrapy tannins are nice, a decent Bordeaux.
In Beerum Veritas
Top

This is a very respectable Southern Rhone red blend (55% Grenache and 45% Syrah) that has some youthful approachability as well as some solid depth. I like the dark berry and damson plum fruit and wild herbals... good dry tannins and acid structure.

Costières de Nîmes is an extraordinary wine region nestled between France’s southern Rhône and Languedoc appellations. And the best wines from the Costières de Nîmes tell a sensory story about this privileged geography, delivering value reminiscent of their neighbours in Languedoc to the west, while showcasing rustic garrigue-inspired complexity with bold, rich and ripe fruit flavours. Originally classified as a part of the Languedoc, growers in the Costières de Nîmes banded together in the late 80s to have their wines reclassified as members of the more prestigious Rhône AOC.

So it's up-and-coming, or kind of a sleeper wine, at least so far. Decent value for the price point. 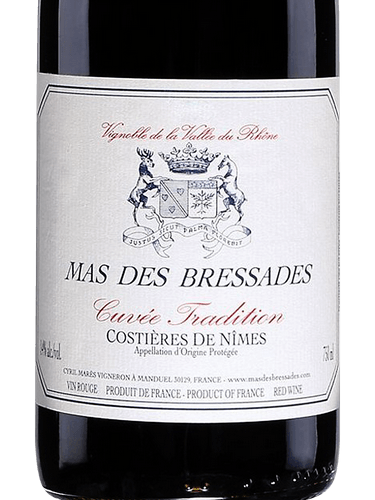 A decent Barbera red from the Piedmont, Northern Italy. The Asti subregion has lighter style Barbera than the Alba region Barbera. Has dark berries and light herbs with the cherry acidity, some tart cherry candy... licorice, and the violet florals and lightly perfumey notes are nice.

I think the wine first comes across a little simple yet the tangy solid cherry and hint licorice gradually makes it more sophisticated and serious. For 11.25 on sale - it was worth trying one but maybe I'd still look out for Nebbiolo-grape wine as a preference! I will re-visit various Barbera (not to be confused with Barbaresco.)
In Beerum Veritas
Top

This isn't a style I know much about, and this bottle was not at all what I normally drink. It was sweet, but not overly so. I had a glass with dinner and didn't think much of it, but the glass I had well after, after it had been breathing for maybe 3 hours, was quite good. It has a nice cherry, plum and tobacco thing going on. I'd call this great value for 17 bucks, but I think the 97 rating on the sticker is a bit much.
Top

... but the glass I had well after, after it had been breathing for maybe 3 hours, was quite good. It has a nice cherry, plum and tobacco thing going on. I'd call this great value for 17 bucks, but I think the 97 rating on the sticker is a bit much.

Yes, that Luca Marone character has a, *ahem* 'reputation' to say the least... he's not well-liked or respected for slapping crazy 97 scores on wines nobody else would - and the LCBO seem to play right along and exploit the rather blind consumer response to numbers*. I believe he is also tied to personal interests in the wine industry. shame on him. What perfect bedfellows... the LC and the LM!

And thanks for the review since I generally skip Luca-promoted wines at the LCBO on principle. That's not entirely fair (and *bleep* you, Luca!) To your point: it's very true many wines benefit from aeration but it doesn't really help the average wine consumer who just drinks the stuff an hour after buying it. That's not right or wrong, but to me it's kind of throwing away the value of the purchase... and aeration is always a smart way to improve any wine you don't like when opening it, even cheap wines. Cheers.

* (the LC also smugly misquotes RateBeer percentiles as 'Ratebeer Scores' which is total BS. - percentiles are simply not scores out of 100! This is badly misread / misinformation. PS I don't totally hate the LCBO but guys... you have some work to do.)
Last edited by Belgian on Mon Apr 19, 2021 10:32 pm, edited 2 times in total.
In Beerum Veritas
Top

Here's a nice, everyday CDR red with a classic blend of grapes. Definitely little better than the cheapest stuff as from Chenet. Côtes du Rhône is a great solid go-to for value & quality (I think this wine should really be $15 but ehh. Decent value.)

I'm cooking some Coq au Vin with a cup of this. Yesterday I got this weird Sherry Vinegar from Spain so I'm throwing a dribble in the pot as well. As well as a dash of the excellent Lustau Don Nuño Oloroso Seco that I put in nearly every braised dish. Complexity is where it's at...
In Beerum Veritas
Top

I'll admit if I'm in a hurry and not looking for anything more specific than "red for drinking" I'm likely to just take a quick look through vintages and grab something with a high score and a reasonable price tag. Sucks the LCBO would use ratings from unreliable sources, I'll keep an eye out for Marone in the future.

I always aerate, unless I forget. I forget a lot, but what am I gonna do? Not drink? C'mon.

In fairness, ratebeer call their percentages scores too. It's not strictly a percentage, they weight the scores by number of reviews too.
Top

Craig wrote:[but what am I gonna do? Not drink? C'mon.

This is a powerful drink. Black dried fruit, caramel, subtle layers and looong flavors. Nutty dryness is pleasant. Expect to feel the punch but it's not too hard on the palate at all. Nice contrast to the Burmester I've often enjoyed.
In Beerum Veritas
Top

Craig wrote:In fairness, ratebeer call their percentages scores too. It's not strictly a percentage, they weight the scores by number of reviews too.

OK, they do? At any rate I believe a percentile ranking divides all the beers eg. of a specific 'style' into 100 groups ('percentiles') - so if there are 18,000 Witbiers then divide that / 100, and there are 180 top-rated Witbiers in the 100th percentile, the next best 180 in the 99th percentile etc... That's all it is, so '100' doesn't even mean it's among the best or highest-rated beer on the site if a lot of people on RB care far less for Witbier than, say Imperial Stout. It's misleading.

Ratebeer 'Scoring' is based on a scale from 0.5 to 5.0 points. This is probably more direct & meaningful data, and scrupulous vendors should quote this instead of cool-looking high Percentile numbers out of context. Nobody should care that your Belgian Quad is a style in a high overall percentile compared to Pilsner.

And to rehash, 'overall' percentiles on RB mean that styles which attract more interest get higher Percentiles relative to all other beers on the site - irrespective of style. Less popular styles get beat up when comparing apples to oranges this way. So you can't look at 'overall' percentile rankings of Kölsch and Helles lager because it likely won't tell the meaningful story of those beers.

but what am I gonna do? Not drink? C'mon.

That's life... nothing good is easy.